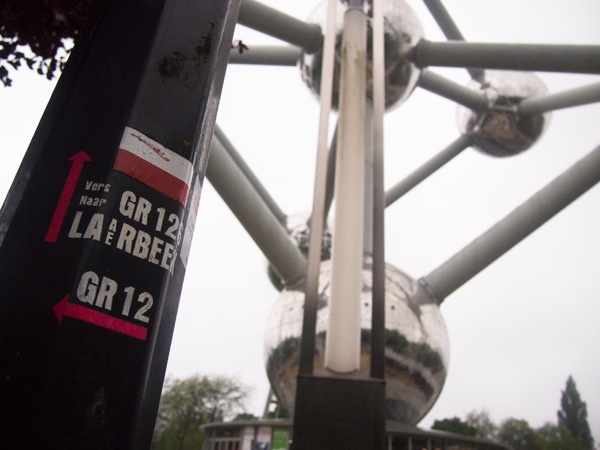 At the intersection of the GR12 and the GR128 in Bruxelles, lies the Atomium.  It was built for the 1958 World’s Fair.

Nick is flying back to Bruxelles, Belgium next week.  We will reconnect with each other, and with the GR5. 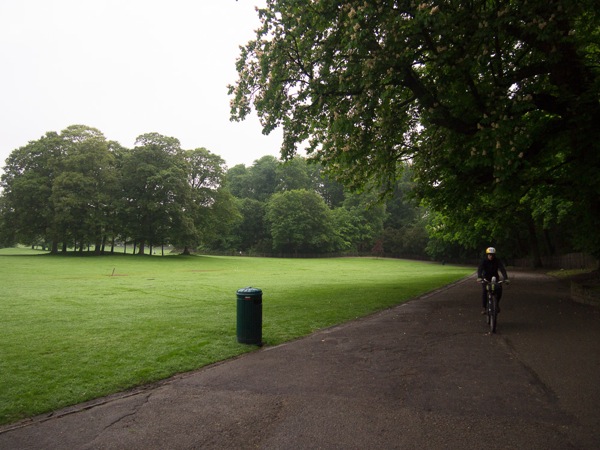 Into the city, we rode GR trails through some beautiful parks.

We found a cafe in town to escape the rain and use the internet.  Beer, potage, rye bread, and a charcuterie plate for lunch.

Red lines are GR trails.  Bruxelles is just off the map, south of Antwerpen.  There are a lot of route options in Belgium.  The GR5 is highlighted in bright yellow.