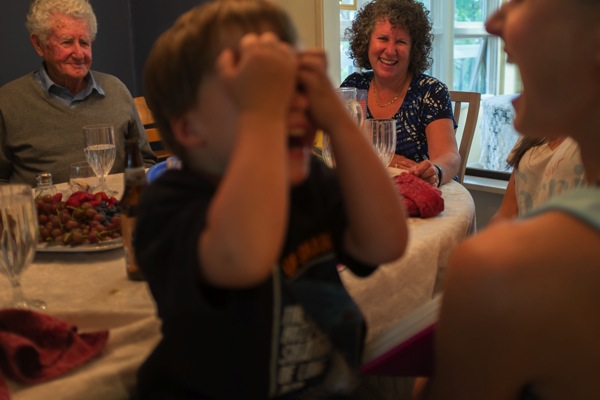 I pass through Albuquerque to visit some friends on my way back to Anchorage. I lived in Albuquerque in 2013 and helped open a restaurant. On my visit, I find out the owner is opening a new restaurant in Austin, Texas. The wheels start turning.

It’s a risk and risks are opportunities. I’m trying to think bigger every year. I was really sick during my June Divide ride. I couldn’t ride well because I couldn’t breathe. It was frustrating to feel so limited. I know I gave it my best effort, but I also know that I can do better. Knowing is not the same as doing. I’m curious to be out there alone. There are so many things that could go wrong. I could get sick again. There could be terrible weather or forest fires. But there’s also a chance that I could do better. I don’t want to wait around until next June to try again during the race. I don’t know what I’ll be doing next June. We might be traveling. I don’t want to arrange my schedule to wait around for a race. I’m ready for this now, well not now, but maybe in two weeks.

I definitely want to ride to the start again. It’s a good way to get my legs moving and gauge my recovery. I book a ferry ticket from Whittier, AK to Bellingham, Washington. The ferry only runs once every two weeks, so I’m leaving next week. I’m committed. I spring the news on my family. Their disappointment haunts me. Everyone dries their tears for my birthday party and my grandmother gives me an Alaskan Grown t-shirt. I tell her I’ll wear it every day and I’m not kidding.

Nick and Christina ride me out to Girdwood the next day. It’s so warm that we’re still in shorts and t-shirts at 11PM. We see a bear cross the road on the way into town and camp at the municipal park. They pedal back to Anchorage in the morning. My mom, sister, and her kids meet me in Girdwood to go see animals at the conservation center. Tamra meets me for a hike and drives me through the tunnel to Whittier. When I check in for the ferry, they tell I’m really pushing it.

I tie my bike up in the car deck and bring my sleeping bag up with me. There are lawn chairs on a covered deck to sleep on. The ferry is like summer camp. Everyone is friendly. My friend’s cousin is on board and two other bike travelers. The more I pedal, the smaller the world gets.

It’s a five day ride. We stop for a few hours in Yakutat, Juneau and Ketchikan. It’s my first trip to southeast Alaska. I run in Yakutat and Ketchikan and bike to downtown Juneau. The other passengers are concerned because I almost miss the boat on the way back from Juneau. They’ve already got the crew involved, but I make it back in time. I jump rope on the ferry deck and read Marathon Woman by Kathrine Switzer to get inspired for my ride. I quit drinking beer. I’m putting all my eggs in one basket. I want to ride my best.

We dock in Bellingham. There are awesome bike trails right out of town. I ride paths and Highway 11 to Burlington. I pass a couple of cyclotourists and raise a hand to wave. Looking over, I realize it’s Hope and her boyfriend from Anchorage. They’re riding and moving to Seattle. It’s rad to run into friends on the road.

I head west on Highway 20– a killer ride. I pass Sedro-Woolley and Concrete and ride some of the Skagit County Bike path. It’s blackberry season. They’re huge and sweet and everywhere. I stop at the shop in Marblemount. There’s lots of big hair and trucks. Two girls look me up and down as I stroll the aisles. The family from Florida that I slept next to on the ferry pull over to say hi. They’re on their way back to Florida and their son would love to ride like me.

I camp on the side of the road in North Cascades National Park. It rains in the night and the morning is sunny. A truck with a rack and four big bikes pass me on the climb. I see them a few miles down the road in a parking lot. Are there trails here? They flag me down. They’re broken down and there’s no cell service. They’re trying to make it to Canada to downhill for the weekend. They give me their AAA contact and account information and I say I’ll do my best to get to town and get them rolling again.

I feel good on the bike. My energy is back. I climb twice and descend to Mazama. It is fantastic country. I stop at the shop and the pay phone is out of service. As I’m going in to ask for a phone, I spot the downhillers out the window of a truck. They’ve hitched into town, got their situation sorted and are all smiles. I walk next door to the bike shop and ask about my creaking bottom bracket. The friendly owner, Merle, says it’ll be no problem. When I tell him I’m from Alaska, he asks if I know the Westhusings. I grew up playing soccer with Kaley! They have a second home here. Do I know Greg Matyas? Of course, he’s great! I ask if I can leave my bike while I go for a run and he directs me to the town singletrack. I run through sandy pine forests that are groomed cross-country ski trails in the winter.

I run back to my bike and take the singletrack out of town. I roll through Winthrop and Twisp, old western towns. I climb to the Loup Loup ski area. dark clouds menace so I lay out under the roof of the pit toilets at an empty campground. It rains a little and is clear in the morning. I descend to Okanagan and buy tacos and a burrito from a food truck. It’s an agricultural valley in a hot, dry desert. I climb to Tonasket and stop at the food co-op. As I’m heading out I hear, Lael?

Danny is a childhood friend from Anchorage. As four year olds, we played together instead of going to preschool. Danny lives in Seattle and spent the weekend in Eastern Washington on a house boat with twenty friends. He works as a sales rep for a juice company and gives me tons of juice. We take a picture for our moms, hug and part ways.

I roll past historic shop fronts in Republic in the early evening and start up Sherman Pass to camp. In the morning, I’m up and over to Kettle Falls. I leave my bike at the gas station to run along the dammed lake. I daydream about racing my bike around the world. From Chewelah, I head east to 49° North Ski Resort and camp next to the railroad tracks just shy of Newport. I’m in Idaho in the morning, to Sandpoint in the afternoon and in Montana by nightfall. I roll through Libby for coffee in the morning. It’s over a hundred degrees as I pedal high above Lake Koocanusa. I don’t find swimming access until early evening. Then I’m back in Eureka, back on the Divide route. During my Tour Divide June ride, I spent five hours laying in a field trying to breath in Eureka. It’s surreal to be back, almost like waking up and revisiting a nightmare and no longer feeling scared. I camp in the city park and run along the Pacific Northwest Trail in the morning.

I cross into Canada in the afternoon. I ride the pavement to Sparwood and get back on the Divide route. I camp just past Elkford. I continue on the Divide to Banff, stay with Keith and Leslie for a week and get ready to go back out. It’s like I never left.