I’ve been riding since 2006, touring since 2008 and racing since 2015. I’m setting out to ride the first 300 miles of the Arizona Trail on Christmas Eve for the Festive 500 on my Stumpjumper.

As part of the Festive 500, I’ll ride the first 300 miles of the Arizona Trail on the Specialized Stumpjumper starting December 24.

In June 2018, I got second overall in the Navad 1000 in Switzerland– 1000 kilometers with 30,000 meters of climbing through the Alps on the Specialized Epic HT. Customizations include Hope components, Revelate Designs luggage, dynamo lighting (SP hub and Sinewave Cycles Beacon) and Ergon GP2 grips. In August, I modified the bike with a Lauf Trail Racer fork and aerobars to race the French Divide. 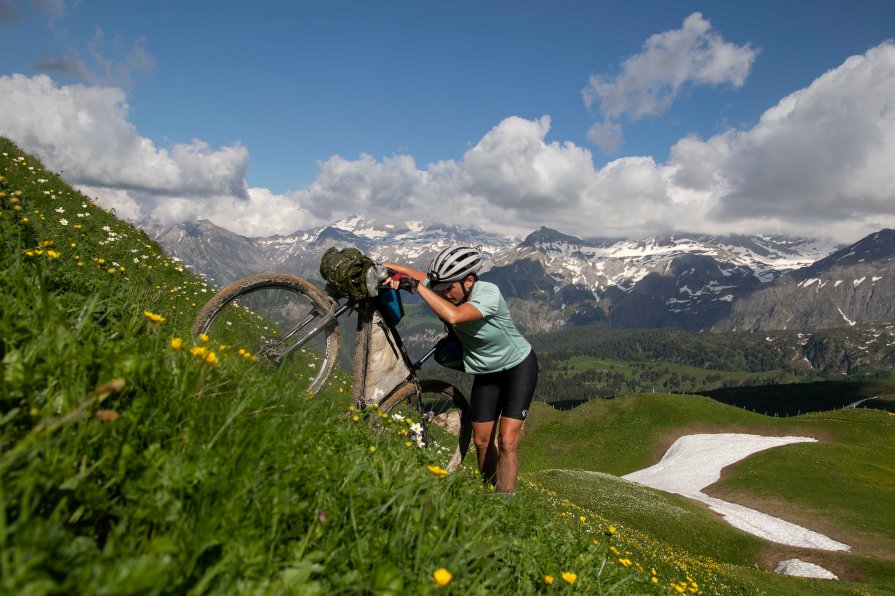 In January 2018, I flew to Specialized HQ in Morgan Hill, CA, picked up a Specialized Tarmac, got a professional bike fit and rode it 1,000 miles back to Tucson. In March 2018, I rode up the 6700′ Mt Lemon Highway every day for a week.

In the summer of 2017, I rode all of the major roads in Alaska on a Specialized Diverge. The terrain was a 60/40 mix of pavement and dirt for 4,500 miles. I completed this project in a series of rides over 3 months. In the spring of 2018, I hosted the Lael Rides Alaska Women’s Scholarship where the winner received a Diverge to ride her own 1,000 mile Alaskan adventure. I also ride the Diverge for guiding endurance gravel camps for The Cyclist’s Menu in Southern Arizona.

I rode a Specialized Fuse with a 130mm RockShox Pike fork and 27.5+ wheels on the Colorado Trail, the Reno-Vegas route and assorted rides through California. In January 2017, I switched the Pike for a Lauf Trail Racer fork for a tour down the Baja Divide. In March, I rebuilt the Fuse with a 100mm RockShox SID and 29×2.6″ wheels for my Baja Divide FKT. 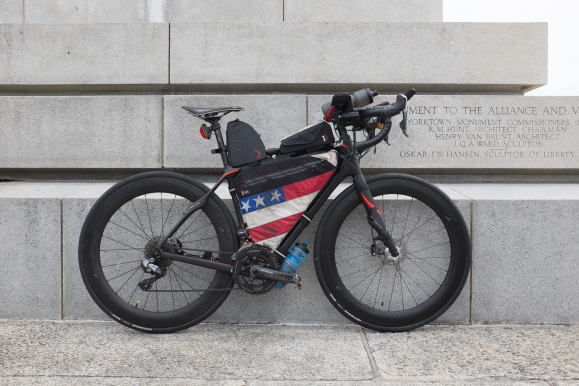 In 2016, I won the Trans Am Bike Race on this Specialized Ruby Expert. I also toured from Anchorage, Alaska to the start of the race in Astoria, Oregon and toured after the race in Connecticut, Vermont, New York and Montana. Customizations include Roval CLX64 tubeless wheels with an SP dynamo hub, K-lite dynamo lighting, custom Revelate Designs luggage and aerobars.

I raced and toured the White Mountains 100 on the Specialized Fatboy Expert as well as winter touring around Alaska and single-track riding in Anchorage.

I rode the Advocate Cycles Hayduke for the investigation of the Baja Divide in the winter and spring of 2016. In the fall of 2016, I hosted the Lael’s Globe of Adventure Baja Divide Women’s Scholarship where the winner received an Advocate Hayduke to ride the 1700 mile Baja Divide. 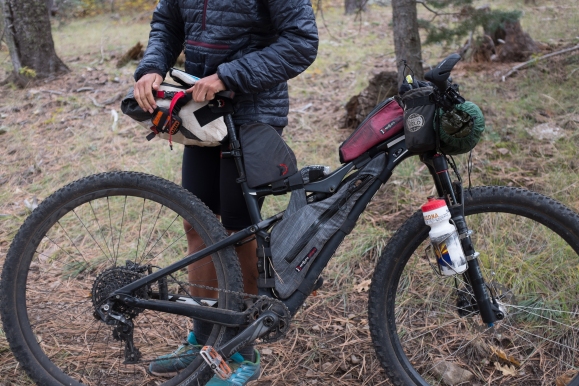 I rode a Specialized Era Expert on the Arizona Trail in 2015. Nicholas and I toured the route before I attempted an ITT along the AZT750.

Returning to Alaska after ten months of touring in Eastern Europe, South Africa, and the Middle East, Nicholas and I built this bike for me to race the Tour Divide. I rode from Alaska to the start of the race in Banff, AB and established a new women’s record, finishing in 17 days 1 hour and 51 minutes. But on that ride I got sick and had to go to the hospital, and I knew I could do better. Later that summer, I rode to Banff again and challenged the record on my own, finishing in 15 hours 10 hours and 59 minutes.

I toured on the Raleigh XXIX from 2012-2015, using it for the Colorado Trail, the Arizona Trail and dirt tours in Europe, South Africa and the Middle East. When I got a new bike, I gave the Raleigh to my friend James in Flagstaff, Arizona.

I toured on the Cannonade Hooligan in Europe for the summer of 2012 and used it for commuting around Albuquerque in 2013. I loved this bike because I could pack it into a bag and take it on an airplane free of charge. I gave the Hooligan to my friend Jacquie to take to South America. 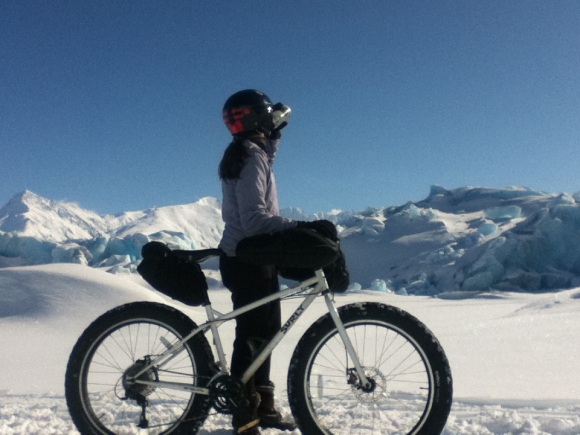 I rode the Surley Pugsley in Alaska for the winter of 2011-2012. It was the winter that set the snow record and my first experience riding a fatbike.

I toured on the LHT from 2009-2011 in the US, Canada, Mexico and Europe. After our first trip riding down the east coast in 2008, I traded my 1982 Bianchi road bike towards credit for an LHT because I wanted to be able to carry more gear. When I got into mountain biking, I gave the LHT to Deja in Flagstaff, Arizona.