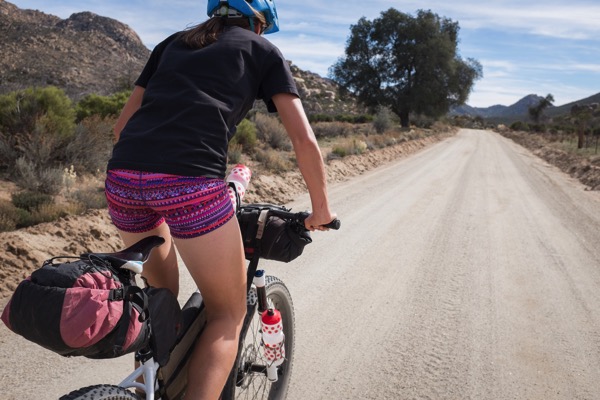 I’m happy to be back in Mexico, traveling on the bike and riding fat tires in the sand. And we’re having fun.

Tim Krueger wrote to me in September to offer bikes to us. I met Tim and his wife Odia in Las Vegas at Interbike. They seemed like really kind folks. I only have one bike at a time and they gave me one and it’s great. The Hayduke is a steel 27.5+ hardtail. I was hoping to ride the titanium frame, but it wasn’t available in time for this trip. Advocate is a new company that released three bikes this fall.

The Hayduke is a great bike for this trip because it has three inch tires and a suspension fork. We’re riding sandy jeep roads and rough mountainous tracks. It rides like a Jeep, the tires float like a fatbike when I need them too, but it’s not burdensome for climbing and technical riding. Having a new Rockshox Reba fork is pretty sweet compared to the crusty old fork on my blue bike. I was concerned the bike would be really heavy, but it’s not a tank. Nick tried to convince me to tour on my white Pugsley four years ago and I refused. This is not the same white bike. It’s kind of a mix of all the bikes I’ve ridden in the past five years, even the Hooligan. I may look to build some 29 inch wheels for it in the future with carbon rims.

Nick is designing a dirt route through Baja that we’re riding and hoping to share. We’re really excited to ride with friends next month visiting from Missoula, Seattle and Anchorage. 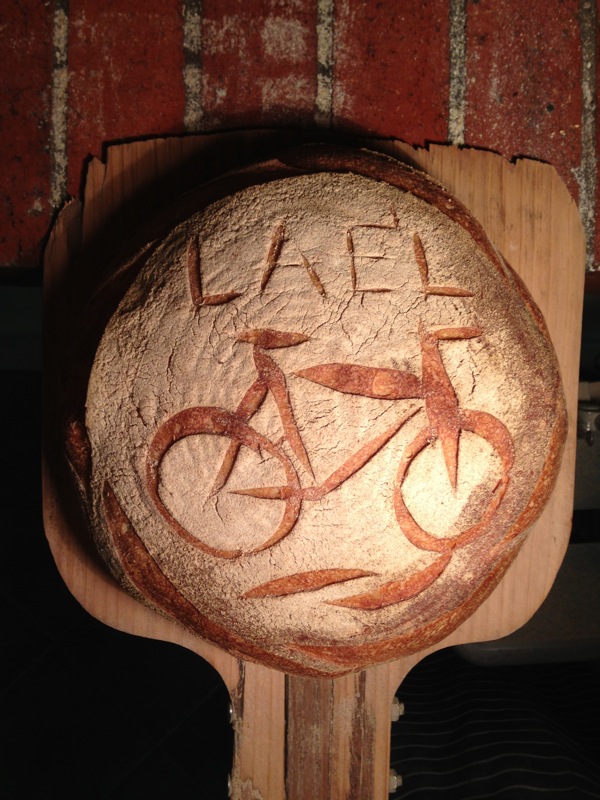 Iain bakes ancient bread. He baked this loaf for me at Fruition Bakery, in Melbourne, Australia. I’d like to taste it.  Maybe I will.

Thanks, Iain. What a gift! 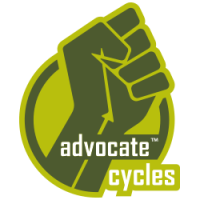